Contents • • • • • • • Life [ ] Information on Hamzah's life comes largely from the (pen-name stanza) that ends his poetry ( ), and from the work of his disciple Hasan Fansuri and commentaries on Hamzah's poems. However, many of his biographical details are uncertain. His name indicates that he may be from (also known as Fansur to the Arabs), or have spent a large part of his life there. A link to the Siamese ( Shahr-i-Naw) has also been proposed, although it may be that he travelled to Ayutthaya rather than that being his birth place. He was known as a Sufi spiritual master and it is thought that he may have worked at the court of the. Hamzah travelled widely, and was known to have visited the,, and, and. He was one of the first Southeast Asians to complete the.

The date of his death was generally assumed to be around 1590 or earlier, although a later date during the reign of Sultan had also been proposed. However, an inscription on a gravestone found in Mecca for a Shaykh Hamza b. Abd Allah al-Fansuri recorded a date of April 11, 1527. Such an early date, if confirmed, may suggest that Hamzah did not live or work in Aceh, rather he was in Barus before leaving for Mecca where he died. Panentheism [ ] Hamzah Fansuri's panentheism is derived from the writings of the. He was influenced by 's doctrine of popular in Persia and Mughal India during the 16th century. He perceived as immanent within all things, including the individual, and sought to unite one's with the indwelling spirit of God. 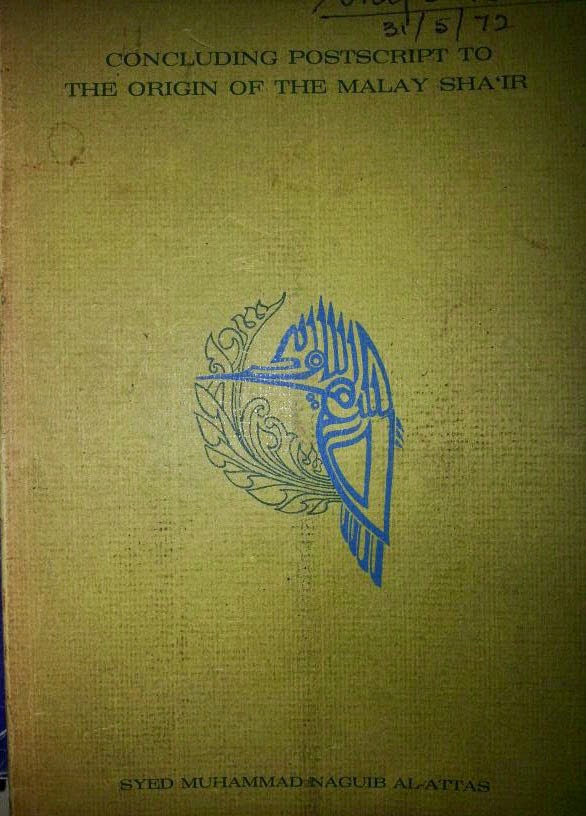 He employed the doctrine of seven stages of emanation ( martabat) in which God manifests Himself in this world, ending in the Perfect Man, a doctrine widespread in Indonesia at the time. His teachings were promoted by Aceh theologian Shamsuddin al-Sumatrani. However, his views were later deemed heretical by for not conforming to the Islamic belief that God remained unchanged by His creation. Nuruddin travelled to Aceh and under his influence, the Sultana attempted to eradicate Hamzah's works and name, and his writings were burnt. Works [ ] The poetry, or, of Hamzah Fansuri are usually not more than 13-15 stanzas, but some up to 21. 32 of his poems have survived, and Hamzah included in each poem his name and information about himself in the last stanza ( takhallus bait).

Scholars have commented on his technical skill and mastery in his rhymes, the effective blending Arabic words into Malay poetic structure, and also noted a fondness for pun in his works that displays his humour and poetical virtuosity. He also wrote prose, and his three surviving works in prose are: • Sharab al-'ashiqin ('The Lovers' Beverage') • Asrar al-'arifin ('The Secrets of the Gnostics') • al-Muntahi ('The Adept') – a collection of Arabic and Persian quotations with discussions in Malay. He was the first to write about the Sufi doctrines in the Malay language, or indeed any other languages of the Malay archipelago. See also [ ] • References [ ]. • ^ Vladimir I. Braginsky (1999).. 57 (2): 135–175.

His thought is integrated, multifaceted and creative. Al-Attas’ philosophy and methodology of education have one goal: Islamization of the mind, body and soul and its effects on the personal and collective life on Muslims as well as others, including the spiritual and physical non-human environment. He is the author of twenty-seven authoritative works on various aspects of Islamic thought and civilization, particularly on Sufism, cosmology, metaphysics, philosophy and Malay language and literature. Al-Attas was born into a family with a history of illustrious ancestors, saints, and scholars. He received a thorough education in Islamic sciences, Malay language, literature and culture. His formal primary education began at age 5 in Johor, Malaysia, but during the Japanese occupation of Malaysia, he went to school in Java, in Madrasah Al-`Urwatu’l-wuthqa, studying in Arabic. After World War II in 1946 he returned to Johor to complete his secondary education.

He was exposed to Malay literature, history, religion, and western classics in English, and in a cultured social atmosphere developed a keen aesthetic sensitivity. This nurtured in al-Attas an exquisite style and precise vocabulary that were unique to his Malay writings and language. After al-Attas finished secondary school in 1951, he entered the Malay Regiment as cadet officer no. There he was selected to study at Eton Hall, Chester, Wales and later at the Royal Military Academy, Sandhurst, England (952 -55). This gave him insight into the spirit and style of British society. During this time he was drawn to the metaphysics of the Sufis, especially works of Jami, which he found in the library of the Academy. He traveled widely, drawn especially to Spain and North Africa where Islamic heritage had a profound influence on him.

Al-Attas felt the need to study, and voluntarily resigned from the King’s Commission to serve in the Royal Malay Regiment, in order to pursue studies at the University of Malaya in Singapore 1957-59. While undergraduate at University of Malay, he wrote Rangkaian Ruba`iyat, a literary work, and Some Aspects of Sufism as Understood and Practised among the Malays. He was awarded the Canada Council Fellowship for three years of study at the Institute of Islamic Studies at McGill University in Montreal. He received the M.A. Degree with distinction in Islamic philosophy in 1962, with his thesis “Raniri and the Wujudiyyah of 17th Century Acheh”. Al-Attas went on to the School of Oriental and African Studies, University of London where he worked with Professor A. Arberry of Cambridge and Dr.

Martin Lings. His doctoral thesis (1962) was a two-volume work on the mysticism of Hamzah Fansuri.

Al-Attas returned to Malaysia and became Head of the Division of Literature in the Department of Malay Studies at the University of Malay, Kuala Lumpur. He was Dean of the Faculty of Arts from 1968-70.

Thereafter he moved to the new National University of Malaysia, as Head of the Department of Malay Language and Literature and then Dean of the Faculty of Arts. He strongly advocated the use of Malay as the language of instruction at the university level and proposed an integrated method of studying Malay language, literature and culture so that the role and influence of Islam and its relationship with other languages and cultures would be studied with clarity.

He founded and directed the Institute of Malay Language, Literature, and Culture (IBKKM) at the National University of Malaysia in 1973 to carry out his vision. In 1987, with al-Attas as founder and director, the International Institute of Islamic Thought a.